Blue Star Hospitality, LLC is a hotel management company that operates and develops hotels in the US, and affiliates of the company operate hotels outside of the US. The company’s history started in 1995 with the development of its first Holiday Inn Express franchise, followed by 21+ hotels and other retail and real estate developments in North Carolina, South Carolina, Tennessee, and Florida.

This is a list of current and past business interests:

Situated in the foothills of the Blue Ridge Mountains, Greenville has transformed from a blip on the national map to a bustling metropolis. The former textile powerhouse now has an influx of manufacturing jobs to thank for its growth, with companies like GE and Michelin moving in and infusing the town with new energy. The reinvigorated downtown serves as the focal point of the region, attracting new business, hosting an emerging culinary scene and housing what some call the crown jewel of Greenville: Falls Park on the Reedy.

Greenville encompasses big-city amenities without attracting the same unpleasantries that come with a more populated, urban metro area. The 10-block stretch of Main Street is lined with a variety of boutiques, restaurants, businesses and bars. A low cost of living and mild temperatures year-round make Greenville desirable to many. Plus, being located steps away from the mountains without giving up any of the offerings of a developed region makes it easy to enjoy what nature has to offer.

The Greenville, South Carolina MSA is both the largest and fastest-growing MSA in the state and third largest in the Carolinas. The market is approximately halfway between Atlanta, Georgia, and Charlotte, North Carolina along Interstate 85. Greenville has gained recognition in various national publications such as CNN Money, which ranked Greenville as one of the “Top 10 Fastest-Growing Cities in the U.S.”, and Forbes named Greenville the 13th Best City in the U.S. for Young Professionals. Greenville also earned the No. 3 slot by Condé Nast Traveler’s “Best Small Cities in the U.S.” in 2017. Greenville was the fourth fastest-growing city in the United States between 2015 and 2016, according to the U.S. Census, and growth has not shown any signs of slowing down 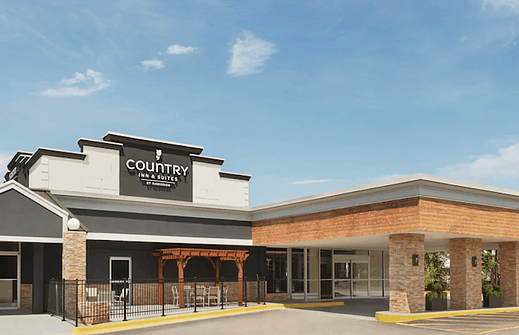 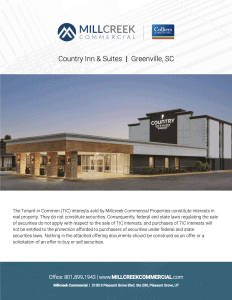